This post is sponsored by BabbleBoxx.com on behalf of Turtle Beach. 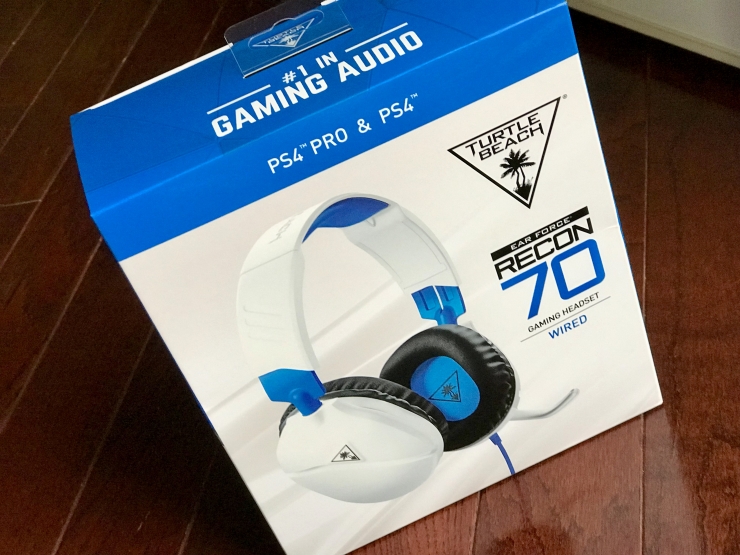 Our family loves playing video games together, but our consoles (yes, we have three of them) are played mostly by my seven year old son. When we first finished our basement, I had imagined that all of our games would be played down there. The plan was for the main floor to be used for television and the basement media would be dedicated to gaming and the occasional movie night.

The thing with basements is that young kids don’t love going down there by themselves, at least mine don’t, so we added a second television to our main floor. The long abandoned living room is finally getting some use, but sometimes the noise can be annoying especially if we’re trying to watch something in the family room. 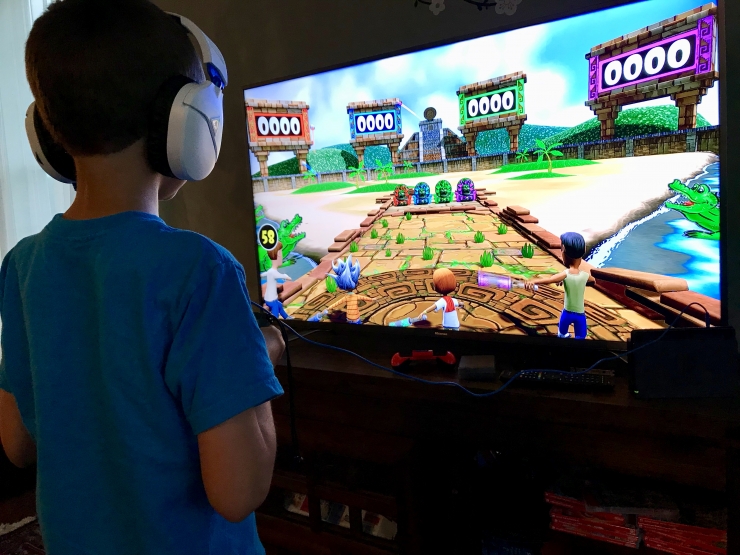 Now with the TurtleBeach Recon 70 gaming headset my little guy can comfortably hear the sounds and songs from his favorite games without bothering his sister who is watching her sit coms in the other room. It is a lightweight and comfy headset featuring premium synthetic leather cushions and effectively blocks out any outside noise. It’s equipped with a high-sensitivity mic so that the person other end can clearly hear you with a mute option as well.

This is a great “first” gaming headset at a fantastic entry-level price point. Even my daughter enjoyed using it to play Minecraft with friends. I think connecting it with the iPad or PC are my favorite applications, only because the cord isn’t as long as I’d like for use with our big screen televisions. 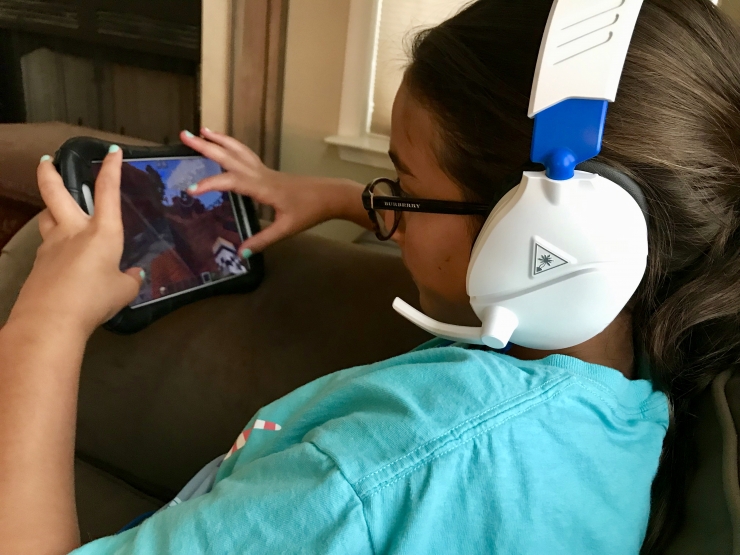 I have a feeling that my two will be fighting over this headset. It’s much more comfortable than traditional headphones and the sound and mic quality is far superior. Thankfully, they’re super affordable so I can buy a second pair – no need for fighting!

Does anyone in your family use gaming headsets?