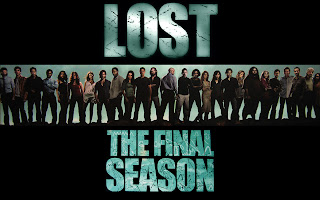 The 6th and final season (sniff) of LOST premieres tonight at 9:00pm EST.  I’ve patiently awaited this day for over 8 months now. That’s almost an entire pregnancy! Of course I’m going to have to tune in at 8:00pm for the recap, though I’m not sure how the producers are going to squeeze the first five seasons into one single hour.  It’s always a good refresher given the long lapse in time between seasons.
The buzz going around is that some of the ‘old’ characters will be back.  I’m not sure exactly who, but I hope to see more from Mr. Ecko, Anna Lucia, Claire, Daniel and Charlie.
We’ve been promised lots of answers.  It’s likely that not all questions will be answered, and that’s okay. I just hope we’re not disappointed in the end.  Just the fact that this show is ending makes me want to cry.  I know I’m a dork, and I’m okay with that. ;)
In honor of the best television series EVER, I’m lining up some fabulous LOST-inspired giveaways throughout this final season.  After each new show, I’ll also be posting my own recap and thoughts and I’ll provide a Mr. linky so that you can link up your own LOST-related posts.
Other than Sawyer’s hilarious quips, my favorite LOST quote is:
See you in another life, brother. – Desmond
What’s your favorite LOST quote?