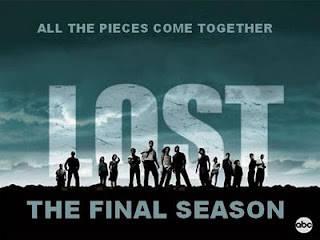 *Spoilers ahead: If you have not yet seen “Happily Ever After”, skip this post.*

This episode was almost a little too much to wrap my head around.  What I’ve been calling the alternate timeline, doesn’t seem to be an entirely different reality after all.  I mean we have seen hints at scars on our Losties from the island experience, but the new reality seems to be more concurrent than alternate. In fact, for the first time, it seems that the ATL isn’t so “Happily Ever After” as I had thought.

On the island, after Desmond endures the electromagnetic machine, he seems to be transported to the ATL.

When Oceanic Flight 815 lands in L.A., Desmond is leading a life with “no attachments”, as Widmore explains.  BTW when Desmond’s driver mentioned the boss, I knew it was going to be Widmore! It was nice to see the two men getting along though.  But when Charlie and DriveShaft were mentioned, I suspected that Widmore was still aware of the island situation.

We now know that Charlie was not trying to commit suicide on the flight.  He was hoping to evade authorities when he swallowed the bags of heroine.  He almost died, and he saw “the light”, which also can be referred to as Claire.  When the others “saved him”, he was pulled away from this happy place and back to his crummy reality.

So as Des attempts to make Charlie keep his commitment to perform at the Widmore party, Charlie steers their vehicle into the bay, and Desmond has a similar experience.  Though he is conscious when he remembers that the two of them interacted before.  How cool was that to see Charlie make the same motion with his hand against a window and to see the “Not Penny’s Boat” flashback?  But Des saw more during the MRI, fully-conscious.

Widmore and Eloise (it was so cool to see her again) seem to be trying to steer our losties away from their past realities.  Daniel is a musician in the ATL (fantastic to be seeing him again), not a math whiz.  Desmond, single and not with Penny.  I admit, I want them to make these connections in the ATL and be with their long lost loves, but I can’t help but see that the separation is probably for their own good.  I’m seeing Widmore in a new light.  He’s sacrificed so much for his family, and now Des seems to be cursed with the same fate.  Time will tell.

Add Daniel and his quantam physics equation to the mix.  He’s also been clued in that something is up, and he helps Des track down Penny.  This gave me

Déjà vu.  Haven’t we seen this scene of Penny running in the stadium before?

But hold up, this limo driver, he creeps me out.  I knew I had seen him before, but I had to google it and discovered he was with the freighter group from last season.  Anyway, Des convinced Penny to meet him out for coffee.  Does anyone else think that this won’t happen? Mostly because Penny is now doing “Flash-Forward”.

Back on the island, after all of Desmond’s ATL experiences, he’s convinced.  He agrees to assist Widmore, and he seems to be aware of the ATL while still on island time.

Questions. I have so many, I don’t know where to start!  Here are the main ones:
Best quote of the night:
“Then why are you accosting a man in a dressing gown?” -Charlie

If you have an opinion, thought, or if you blogged LOST, let me know.  Leave a comment!