This is a sponsored post written in collaboration with Comcast. 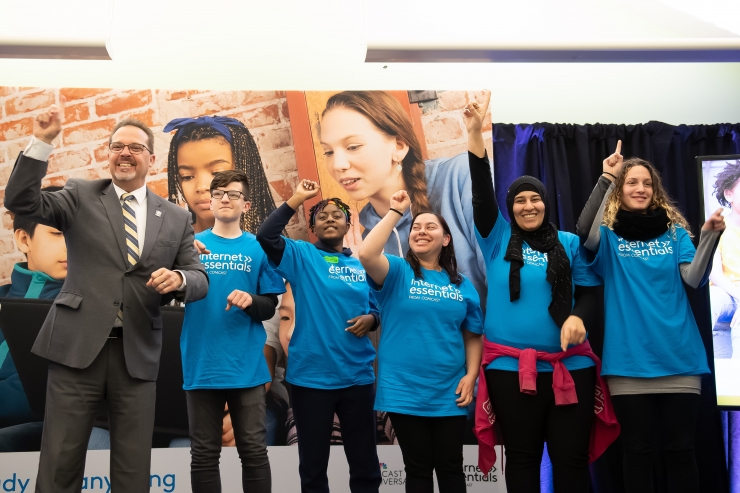 I’ve been working with Comcast for several years and have heard so much about their efforts to help close the digital divide in our communities through their Internet Essentials program.

Comcast believes everyone should have access to a reliable Internet connection, so Internet Essentials was designed to address the three major barriers to broadband adoption: lack of digital literacy skills, lack of a computer, and cost of internet service.

Since 2011, this program has connected more than 8 million low-income Americans to low-cost, Internet service. They’ve expanded eligibility requirements several times along the way, most recently to include all low-income households in its service area.

I recently attended one of Comcast’s digital inclusion rallies at the Pennsylvania School for the Deaf on December 3rd, fitting because it was also National Disability Day. Next to a sign-language interpreter and closed captioning on the flat-panel displays, David L. Cohen, Senior Executive Vice President and the Chief Diversity Officer of Comcast Corporation, announced that customer service will now be made available to the hearing disabled in American Sign Language, in real time. “This is a first for the industry,” Cohen said. 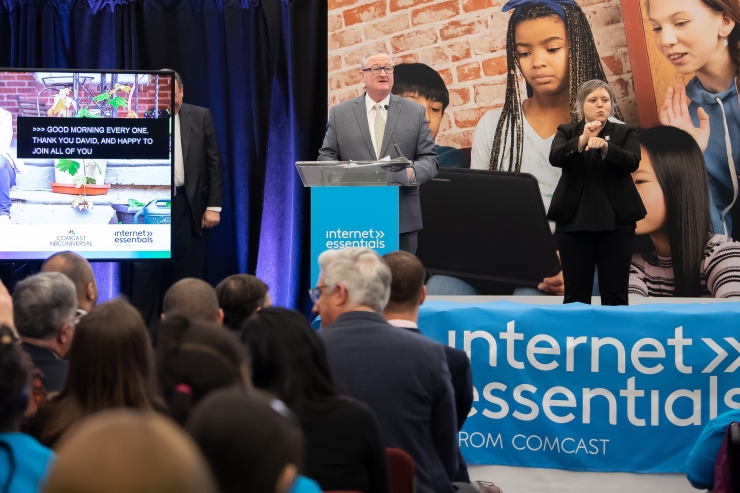 “We are especially happy to partner with Comcast on this initiative, which represents a significant leap forward in broadening the reach of services available in ASL and creating more avenues for fuller participation of deaf people in society,” said Christopher Soukup, Chief Executive Officer of CSD. Cohen also thanked PSD for their partnership and announced the donation of a new computer lab at the school, provided by Dell. Mayor Jim Kenney praised the efforts by all involved.

Cohen hinted to all attendees that a special surprise was in store at the end of the program, and it did not disappoint. Christmas came early for the students of PSD. Each and every one of the 90 students at the rally received their very own iPads, as well as 6 months of Internet Essentials service, for free, allowing them complimentary internet access along with all of its educational resources at home. 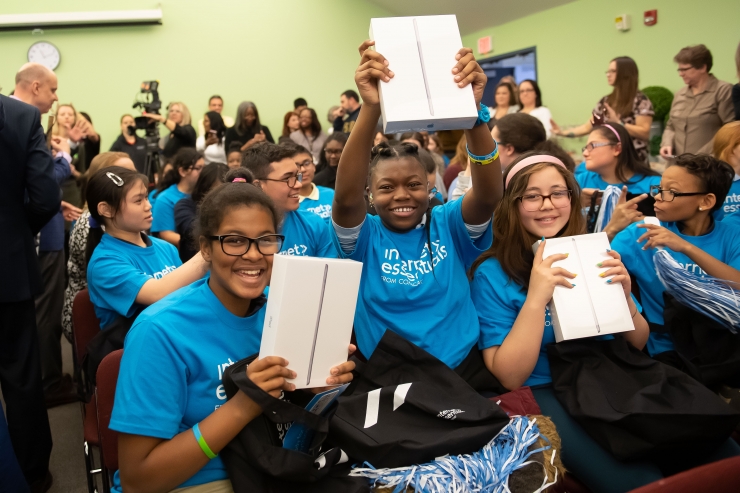 I felt so honored to be able to witness the event and the reactions of the students. Comcast holds Digital Inclusion Rallies like this every year throughout the country, giving away equipment and free access to Internet Essentials at each event. It was amazing seeing the joy on each and every one of those faces; the energy in the room was palpable. I hope I get to attend another one next year.

« December Recipe Roundup: Holiday Foods
NJ Lottery for the Holidays: The Perfect Gift for Everyone »
Yum